The trailer of Aamir Khan‘s much-awaited film Laal Singh Chaddha was recently released online and it garnered mixed response from the audience. While the actor’s fans were elated with Aamir’s new avatar, many people didn’t really connect and found Aamir’s performance repetitive while drawing comparisons with his previous portrayals in PK and Dhoom 3. Now, Aamir is curious to see how Hollywood actor Tom Hanks would react to Laal Singh Chaddha, which is a Hindi remake of the 1994 classic. Also Read – From Arijit Singh to Aamir Khan: 5 times Salman Khan behaved rudely with Bollywood celebs

“Forrest Gump is an iconic film. I am very curious to see how Tom Hanks reacts after watching the film. He is a wonderful actor,” Aamir was quoted as saying by IANS. Interestingly, Aamir had once met Tom Hanks during a meeting with Steven Spielberg. Back in the day, Spielberg was filming a movie along with Tom Hanks in Germany. Spielberg further introduced Aamir to Hanks and referred to him as the ‘James Cameron of India.’ Also Read – Rajinikanth to Prabhas: These South Indian actors earn more than your fave Bollywood stars

For the uninitiated, Aamir has invested 14 years of his life to make Laal Singh Chaddha. At a media event, Aamir Khan spoke about the film’s journey as he told the media that the idea for the film came to him from ‘Delhi 6’ actor Atul Kulkarni back in 2008 after the premiere of ‘Jaane Tu Ya Jaane Na‘.

Atul Kulkarni had proposed an Indian adaptation of ‘Forrest Gump’ to Aamir Khan and that was when the first thought of the film was seeded. After that, Aamir approached the makers of Forrest Gump to acquire the rights to the film, a process which took 10 years as Robert Zemeckis, the director of the 1994 Tom Hanks classic, was not ready to give up the rights of the film. 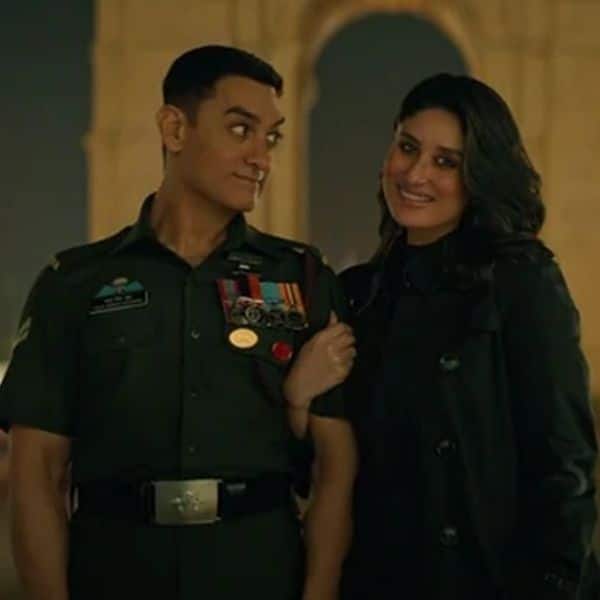 Aamir then approached legendary director Steven Spielberg who has been Zemeckis’s mentor. Eventually, the makers secured the rights of the film but then the pandemic took a toll on the film and it got delayed. While time tested Aamir, his patience became his only pursuit which helped him complete the film despite the longstanding wait of 14 years.

Laal Singh Chaddha features Aamir, Kareena Kapoor Khan, Naga Chaitanya and Mona Singh among others and it will arrive in cinemas on August 11.

Jannat Zubair, Shivangi Joshi are the new BFFs in town; their sexy dance is unmissable [Watch]