Adnan Sami’s fans are relieved as he shares a teaser of his new song; netizens are hoping for a ‘masterpiece’ [WATCH]

Adnan Sami has been a very popular name in the Indian music industry. He has been the star behind some of the most entertaining and hit songs like Lift Karade, Tera Chehra and many more. Of late, he has been making it to the headlines with his recent transformation pictures. He has shed all the extra kilos and is sporting a pretty leaner look. But what made him delete all his pictures from social media? Yes, he did that. And it is all about saying ALVIDA. Also Read – After a shocking transformation Adnan Sami deletes all posts from Instagram, says Alvida; fans have extreme reactions

Adnan Sami shares a new teaser of his song ALVIDA
After Adnan Sami deleted all the pictures from social media, all his fans got curious. This curiosity tuned into worry when he posted a blank note that said ‘ALVIDA’. Fans were quite worried wondering if he is leaving Instagram or music. But now, he has shared a teaser of his new song and it is titled as ALVIDA. Fans are relieved with this post. Also Read – Adnan Sami, Fardeen Khan, Arjun Kapoor and more: Bollywood stars who left everyone shell shocked with their fab transformations

Fans’ reaction to ALVIDA teaser
One of the comments on the post read, “M sooo relieved and happy to c u back….we all were so worried by your alvida post succumbing every other post of yours.” Quite a few are expecting this to be a masterpiece. A comment read, “I think this just might be your masterpiece.” Another comment read, “Adnan jii aap ne toh dara hi diya tha.” Interesting part is that Adnan Sami has also changed his bio to Adnan 2.0. So it seems that we are going to see a renew Adnan Sami in the upcoming days. Also Read – Pandit Shivkumar Sharma passes away; Kajol and more Bollywood celebs mourn the legend’s death 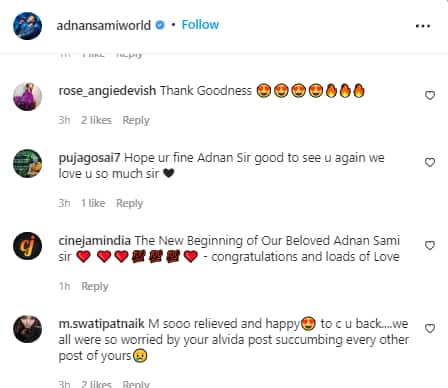 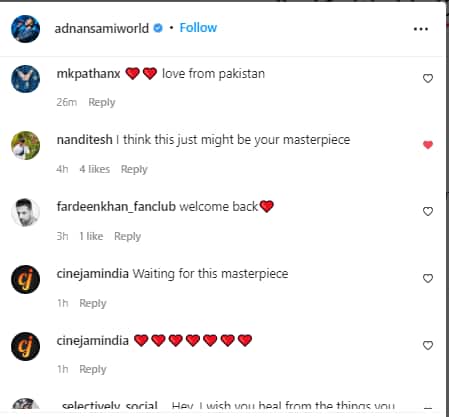 Well, well, it looks like Adnan Sami’s new song titled ALVIDA is already a hit among the masses. Fans are desperately waiting for this one. We are waiting too!