Dheeraj Dhoopar left Shraddha Arya starrer Kundali Bhagya a couple of days ago. His last scene in the popular TV show featured recently and left all the PreeRan fans heartbroken. Not just the fans, but also the cast members of Kundali Bhagya are quite emotional as they shared a very loving bond, having worked together for so many years. Anjum Fakih aka Srishti of Kundali Bhagya has shared a heartfelt poem for Dheeraj Dhoopar, her on-screen and also real-life jiju. It’s a very heartfelt one and their bond will leave the fans of the show teary-eyed. Also Read – Dheeraj Dhoopar shares his excitement about turning a father; ‘I am crazily looking forward to it’ [Exclusive]

Anjum pens a poem for Dheeraj

Anjum Fakih took to her Instagram handle and shared a couple of pictures of herself and Dheeraj. In the first picture, Anjum and Dheeraj aka Srishti and Karan of Kundali Bhagya are seen striking a cool pose and in the second picture, Anjum is seen giving Dheeraj a peck on his cheek. The pictures will make you go – AWW! In her poem, Anjum said that everyone on the sets has seen him live his character, every day all these years. She praised him for his honesty, hard work and dedication. Anjum also wished him the best for his future journey in his life. “Love you Dhoop,” she wrote in the end. Check out the post and the poem below: Also Read – Trending TV News Today: Jennifer Winget breaks silence on dating Tanuj Virwani; Debina Bonnerjee reveals her IVF treatment cost and more

An emotional Dheeraj thanked Anjum for her post with an amazing quote. He wrote, “Don’t forget, somewhere between hello & goodbye, there was love, so much love (red heart emoticon) @nzoomfakih.” Anjum replied with a crying emoticon and a handmade heart emoticon. Even Vinny Arora reacted to Anjum’s poem post. She dropped a couple of red hearts in the comments. That’s not it, fans turned emotional on seeing the post. They admired Srishti and Karan’s bond a lot. Check it out below: 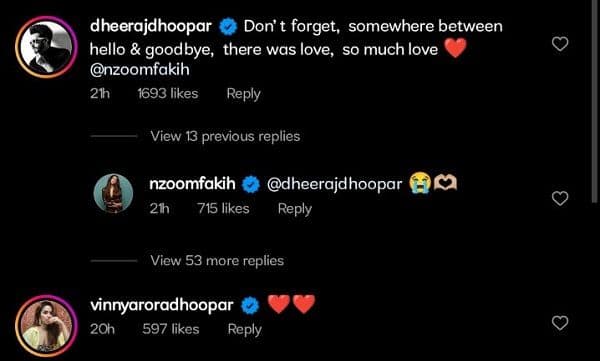 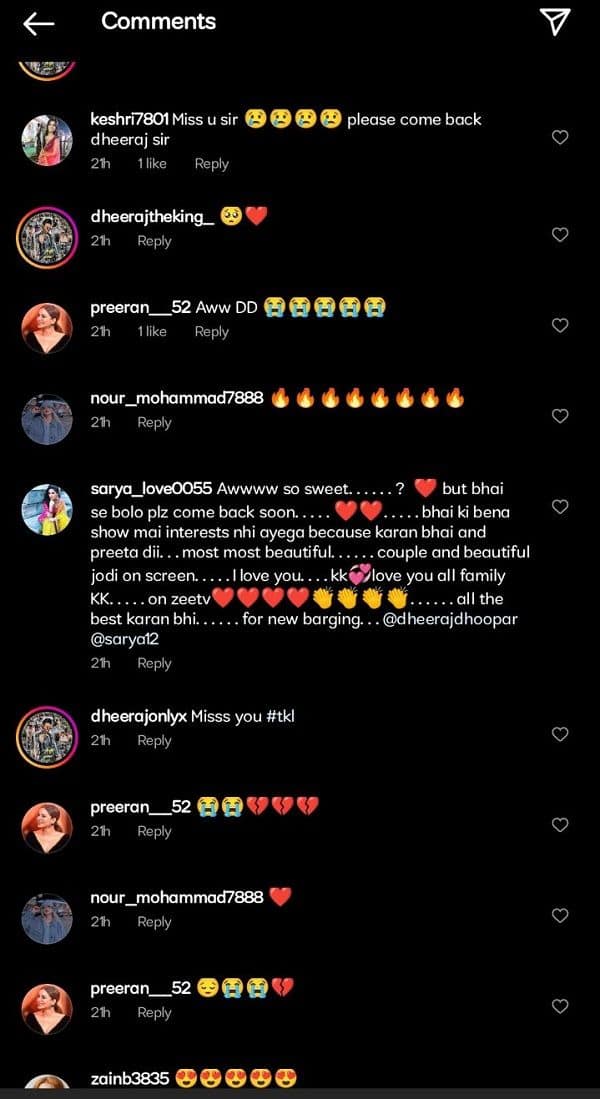 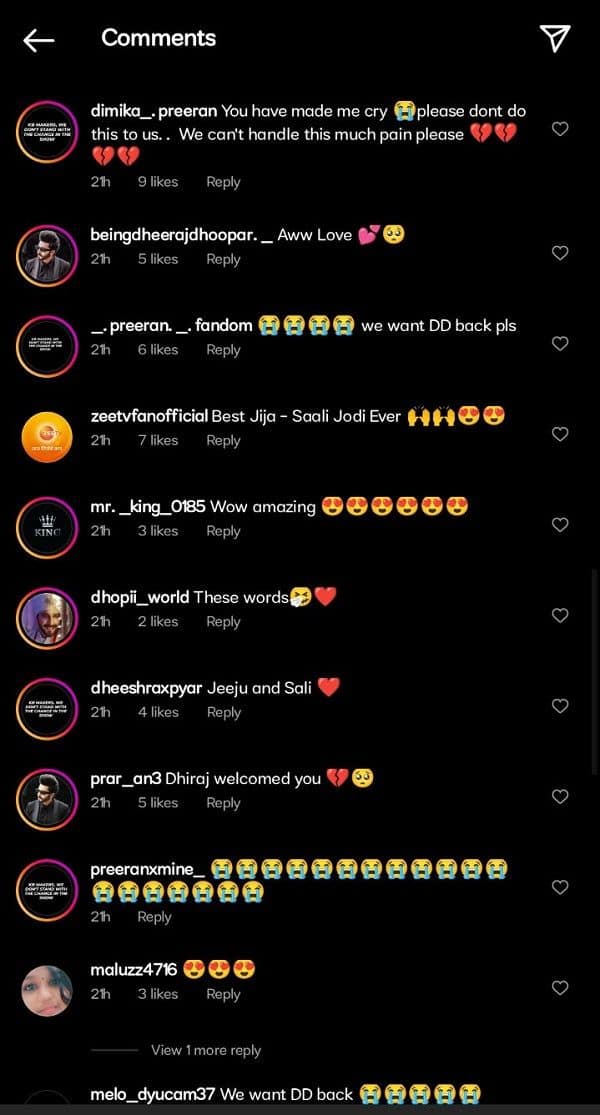 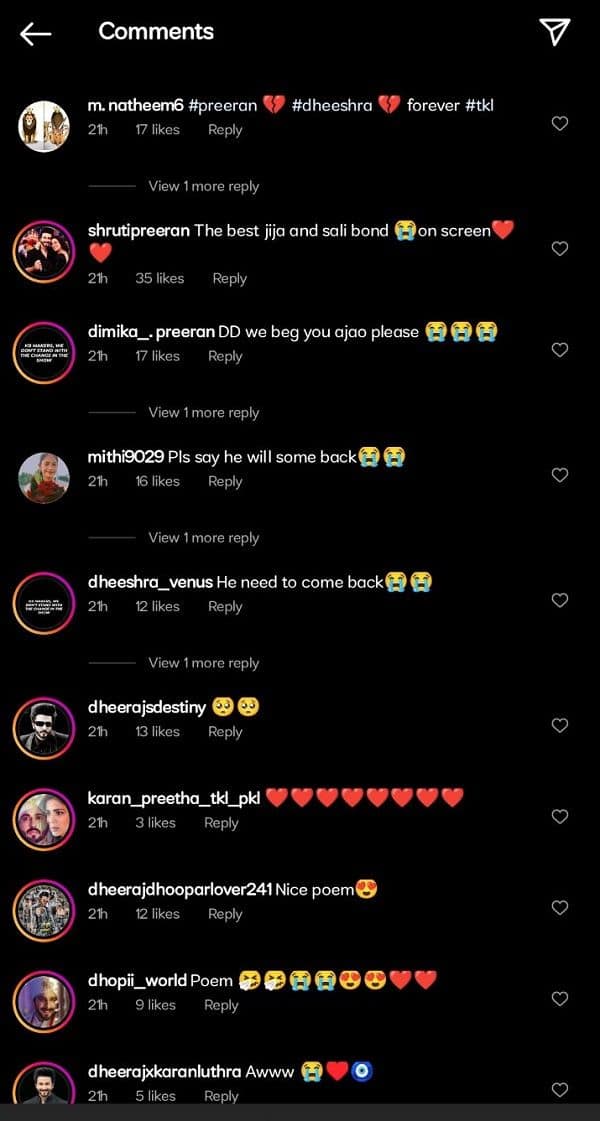 What next for Dheeraj Dhoopar?

If reports are anything to go by, Dheeraj Dhoopar has taken a break from Kundali Bhagya to shoot for his Punjabi debut movie. The actor will reportedly return in a couple of months. Meanwhile, Shakti Arora has been brought in for new twists in the show. Kundali Bhagya has taken a leap of five years. Kavya has been introduced in the show as Shraddha Arya and Manit Joura’s on-screen daughter. And as per the promo, Shakti’s character addresses her as Preeta Rishabh Luthra. Elsewhere, in an exclusive chat with BollywoodLife, Dheeraj shared that he would love to do reality TV shows such as Khatron Ke Khiladi and Jhalak Dikhhla Ja.

Jennifer Hudson Is The Second Black Woman To Win An EGOT!