BTS V aka Kim Taehyung is a social butterfly and hence, he gets embroiled in a fair few dating rumours. Well, a lot of them are just speculations while some are just a misunderstanding. And that’s what happened with the Yet To Come singer who was in Paris the last couple of days. Those who have been following BTS V aka Kim Taehyung know about his friendly personality and how he gets along with everyone. And that’s what happened in Paris too, V aka Taetae socialised a lot with a lot of international celebs. However, his picture with Oracle Sisters’ Julia Johansen is going viral and it has grabbed ARMY’s attention. Also Read – Koffee With Karan 7: Karan Johar reacts to trolls, pleads in front of celebs to come on the show; says, ‘You can love me, you can hate me, but…’ [Watch Video]

So, the Oracle Sisters is a French Band hailing from Paris. Recently, their official Instagram handle shared an update on the stories. It was a picture of Julia Johansen, one of the bandmates, posing with BTS V aka Kim Taehyung. It was captioned, “First date – Julia & V.” And the image has been going viral on Instagram like crazy. Check out the snapshot of the picture here: Also Read – Alia Bhatt-Ranbir Kapoor pregnancy: Disbelief, trolling, speculations, moral policing; here’s how fans reacted to the big baby news

Julia issues clarification on the ‘date’ with V

It seems ARMYs reached out to Julia and had been DM-ing (read messaging) her after the ‘date’ picture went viral. ARMY is fiercely protective of the BTS members. And Julia Johansen took to her social media handle and issued a clarification on the ‘date’ written in the caption on the post by Oracle Sisters. She wrote, “Guys, the ‘date’ was a joke by my bandmate… We went for drinks with @utzpeter @lalalalisa_m @thv @mileskane before a fashion show… Peace and love. (sic)” Check out the snapshot of the same here: 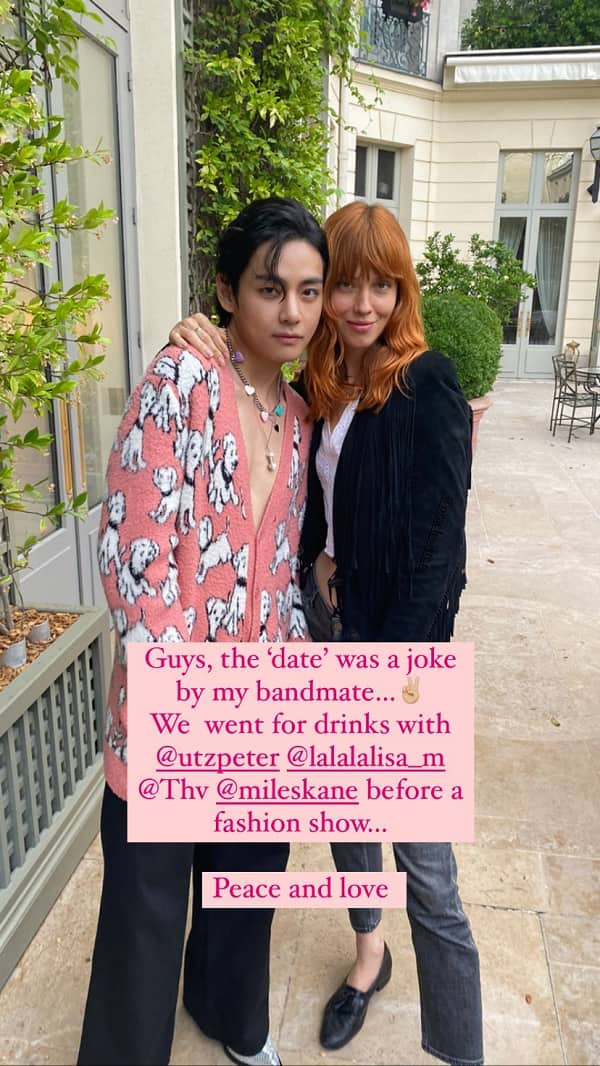 Julia later shared a video with her real date, thus adding to her clarification.

After ruling hearts in Paris and also the world, BTS’ baritone vocalist is back in the bay, South Korea. He was snapped in a white tee and denim. He changed into shorts on the flight back home again as his video leaving Icheon airport has been going viral. 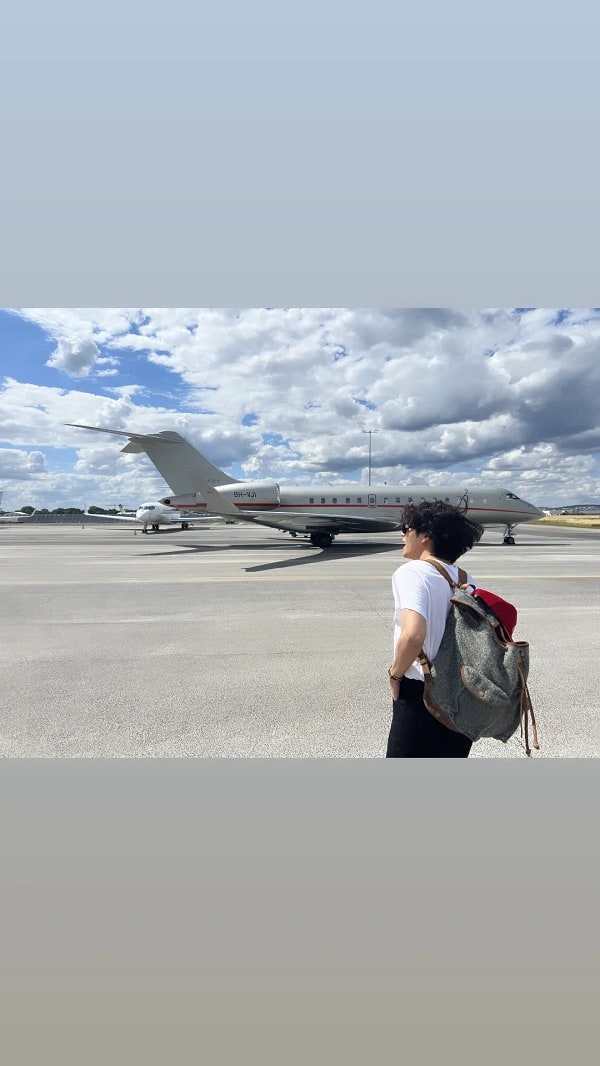 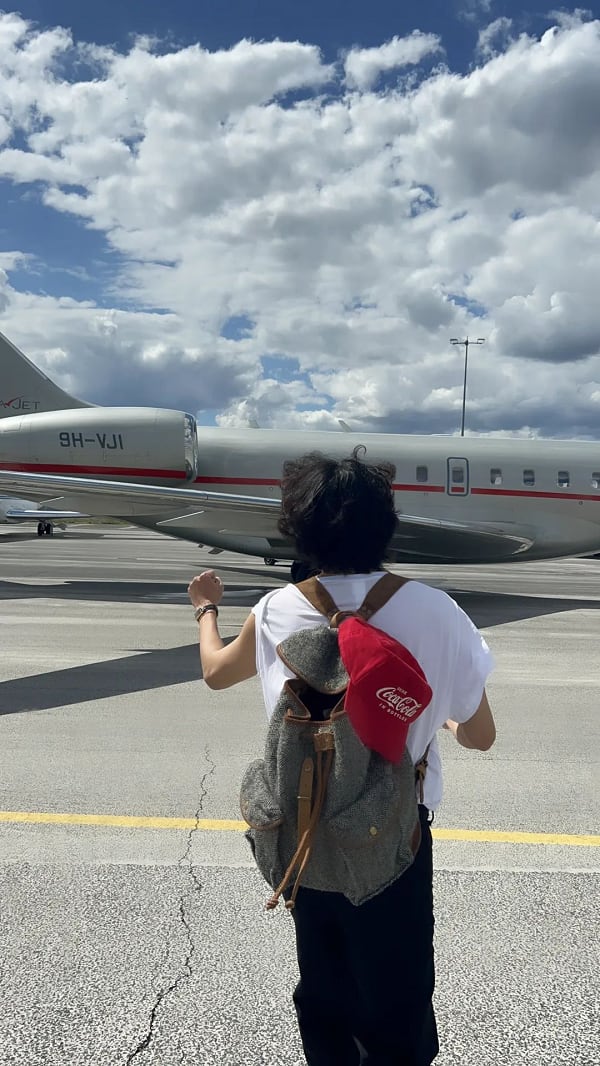 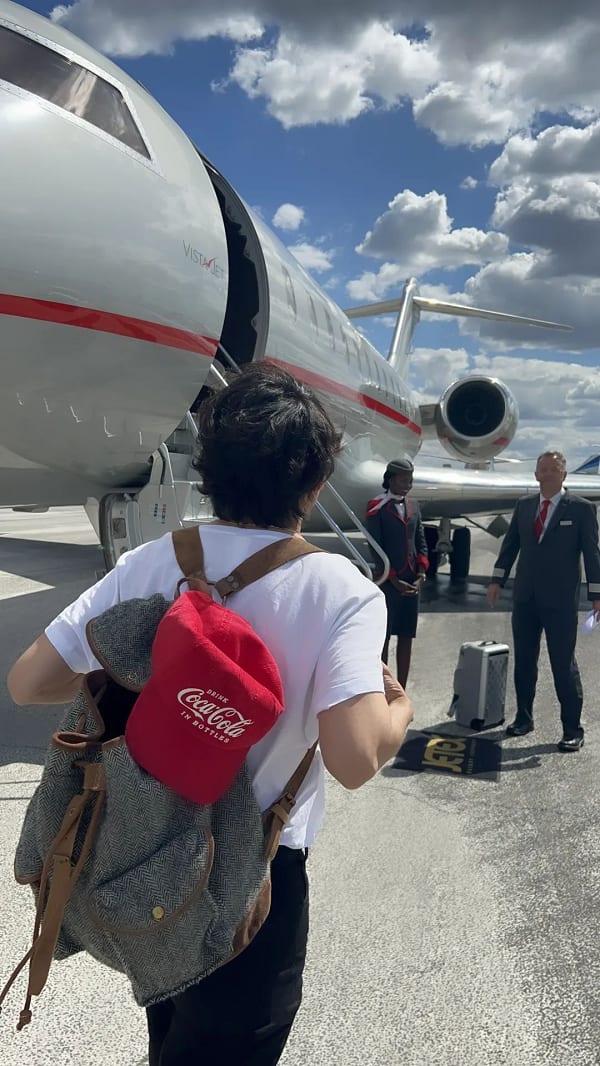 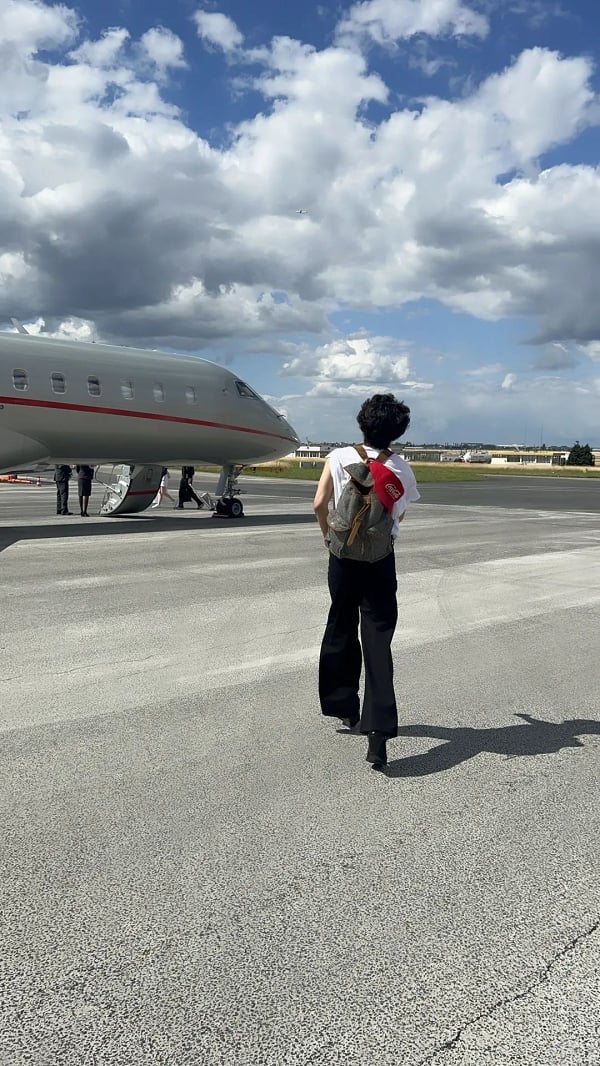 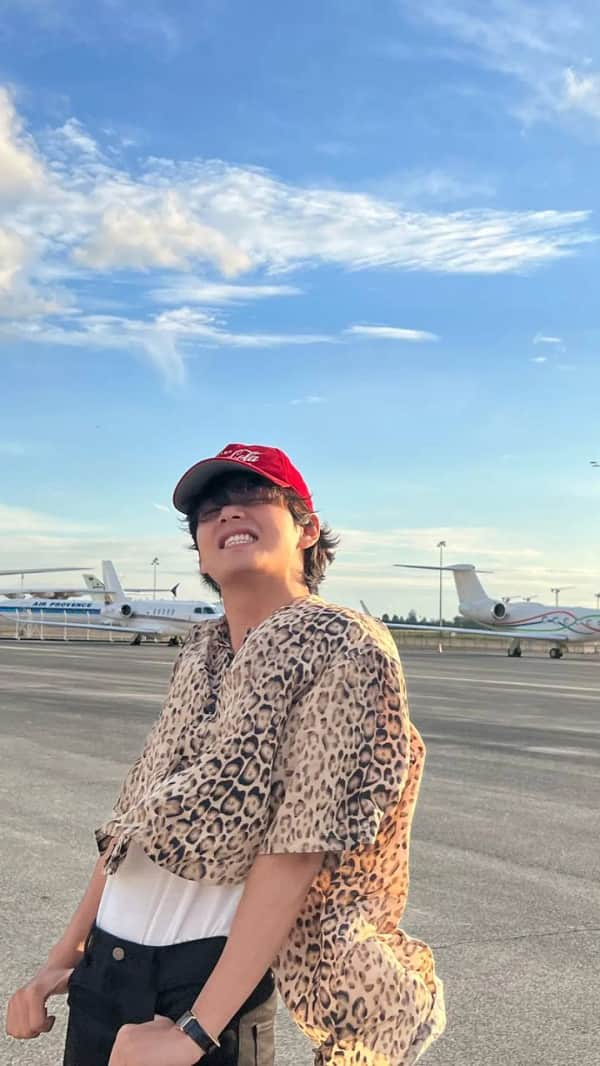 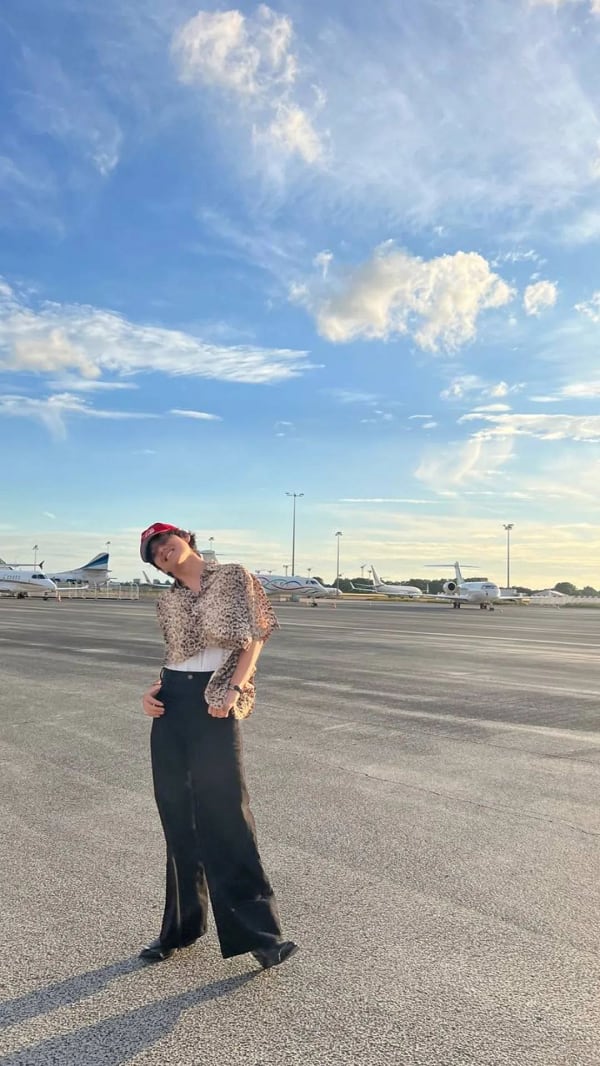 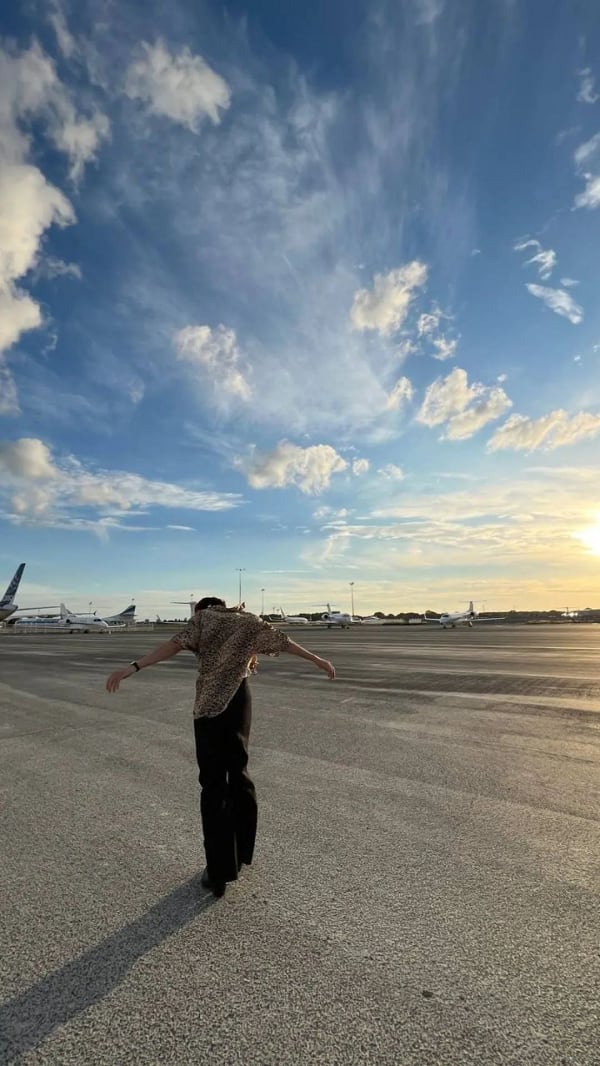 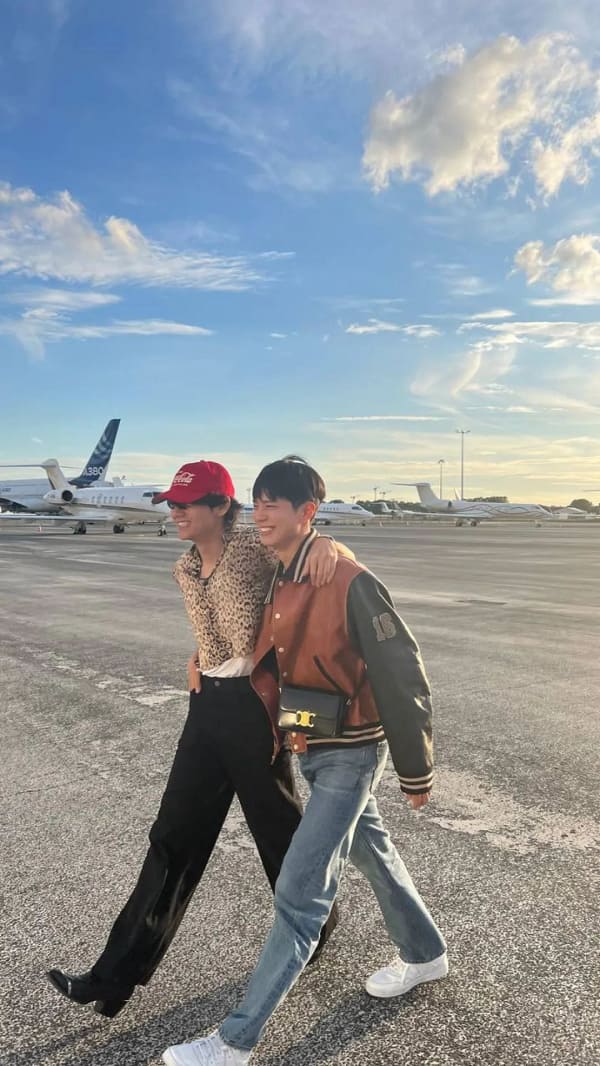 The upcoming schedule of BTS V aka Kim Taehyung includes his appearance with Wooga Squad aka Park Hyungsik, Park Seojoon, Choi Woo Chik and Peakboy in the special segment of In the Soop which is releasing in July.

J-Hope aka Jung Hoseok makes a heart for the ARMY; leaves them gushing over his cuteness [View Tweets]

Jimin reveals THIS member is the best masseur amongst the Bangtan Boys – ARMY, can you guess?

Jimin’s Saint Laurent shirt from 2018 makes a reappearance in a faded form; ARMY says, ‘So uncelebrity like to be wearing in public….’ [Read Tweets]

ARMY calls J-Hope a ‘silly guy’ as he keeps bumping into walls; joke his ‘bodyguards have a lot of work to do’ [VIEW TWEETS]

Katrina Kaif, Ishaan Khatter, Siddhant Chaturvedi’s horror-comedy gets a new release date; all set to clash with Tejas and Mr and Mrs Mahi