Yes, you read it right! Akshay Kumar and Ananya Panday will team up together in a film reportedly. As per reports in ETimes, the superstar Akshay Kumar and Ananya Panday have been roped in Karan Johar’s film- The Untold Story of C Sankaran Nair. Well, the report suggests that they haven’t been cast opposite each other but they will be playing two strong individuals in the film and there will be no romantic angle between them. Also Read – Panchayat 2 fever grips Shehnaaz Gill; shares a quirky picture that’ll remind you of Pradhan ji and Sachiv ji’s bond

The reports as per ETimes state, ” Akshay Kumar will see playing the late lawyer – activists C Sankaran Nair and Ananya will b seen as a feisty junior lawyer in the film. However Ms Panday hasn’t yet signed the film, but she has been finalised for the same”. Also Read – Priyanka Chopra’s Sona to Jacqueline Fernandez’s Pali Thai: Dine like a star at these expensive restaurants owned by celebrities

As the report of them casting together came out, netizens have expressed their anger over the same. Akshay Kumar was recently trolled for romancing Miss World Manushi Chillar in Samrat Prithviraj. The film was released a week ago and it hasn’t managed to impress the audience, but their performances have been praised by the critics. Well, not only viewers, but even Kapil Sharma often takes a dig at Akshay for romancing younger actresses. In the recent appearance of The Kapil Sharma Show, Kapil took a dig at Akshay for romancing Madhuri to Manjushri.

And now the netizens are not happy with the reports of Akshay Kumar and Ananya being roped together in a film and they are already slamming the actor calling it, ” Dada- poti ki Jodi”. Well, till now there is no official statement on the film yet! And definitely, the haters can jump the gun without any conclusions. 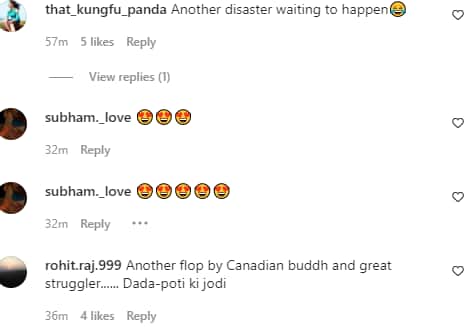 While Akshay Kumar will also be seen in Ram Setu along with Nushratt Bharuccha and Jacqueline Fernandez. And Ananya Panday is waiting for the release of Liger with Vijay Devarkonda.