Dheeraj Dhoopar took to his social media handle and shared a video of himself setting on a bench while enjoying the view of fog-filled mountains. He played the dialogue of Pahadon Ke Sanaate in the background. Dheeraj Dhoopar is seen in a blue striped shirt and denim. He left his unruly hair untouched and has glasses on. Dheeraj isn’t looking into the camera but the impact on his fans is pretty strong. He dropped a heart in the caption, nothing fancy. Check out the video here: Also Read – Anupamaa’s Nidhi Shah to Kundali Bhagya’s Dheeraj Dhoopar: These 7 TV actors quit their popular shows and left everyone shocked

Dheeraj’s fans react to the video

Dheeraj Dhoopar has a massive fan following on social media. He had a huge fan base which increased considerably after his stint as Karan Luthra in Shraddha Arya and Manit Joura starrer Kundali Bhagya. Dheeraj’s exit from the show left fans in a huge shock. They were pretty upset that he is leaving Kundali Bhagya. And ever since the news of Dheeraj’s exit surfaced, fans have been asking him to not go. And now, with his exit, fans are pining that he returns as Karan in Kundali Bhagya again. A lot of other fans were seen crushing over Dheeraj Dhoopar’s scenic video. Some even labelled him as Kabir Singh. Check out the comments here: Also Read – Kundali Bhagya: Shakti Arora performs a daredevil stunt despite an injury [Read Deets] 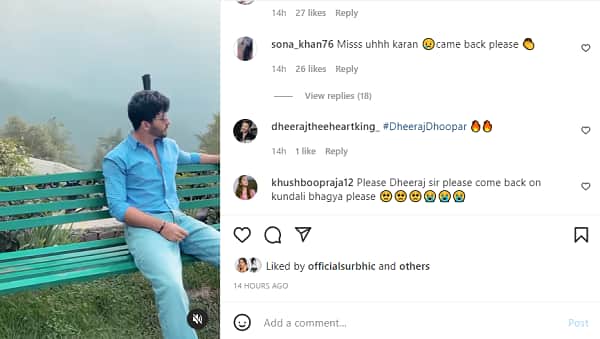 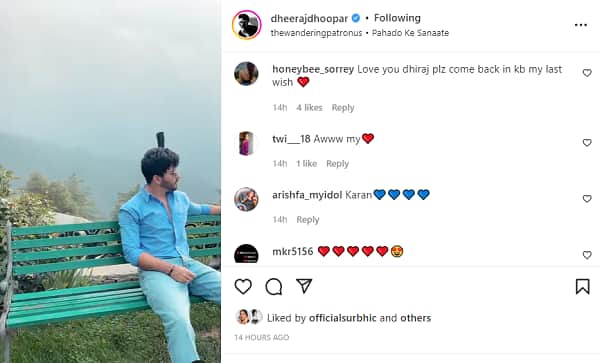 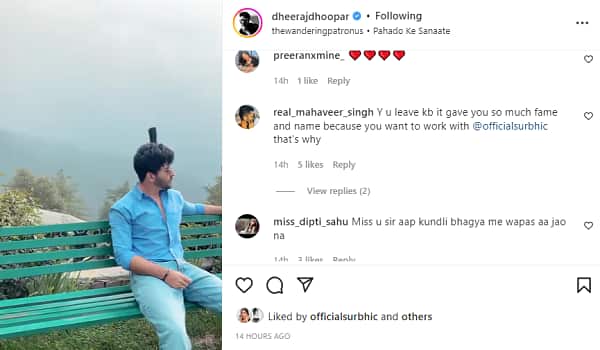 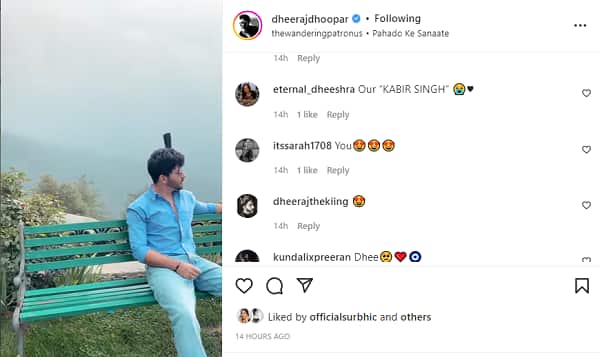 Dheeraj Dhoopar and Surbhi Chandna first worked together in Naagin 6 a couple of years ago. Their chemistry on-screen was widely appreciated by the fans. And it was then that Dheeraj Dhoopar and Surbhi Chandna were asked if they’d work together as their fans love them. The duo agreed and here they are now, working together in Sherdill Shergill. The title is a tentative one and the show may premiere on TV in a couple of weeks.

Diddy Took Us All The Way Back With His Hits During His BET Awards Performance…With Tons Of Special Guests!