The verdict is out. Johnny Depp has won the defamation case against Amber Heard. She has to pay him USD 10 million plus. The legal team of Johnny Depp is being lauded by fans and how. Camille Vasquez has emerged as a new social media icon. The trial went on for almost a month. While Amber Heard has said that the verdict is a setback for women, many domestic violence victims have come forward and said that abuse indeed has no gender. They have said that it is wrong to assume that men do not get abused at all. Johnny Depp and Amber Heard’s trial brought some really shocking details like the domestic and sexual abuse alleged by the actress. Also Read – Shah Rukh Khan tests positive for COVID-19; Karan Johar’s birthday bash effect

Some Indian celebs have reacted on the same. Disha Patani shared a pic of Johnny Depp as Captain Jack Sparrow and said that he was irreplaceable. Also Read – Major box office collection day 2: Adivi Sesh starrer continues to dominate in Telugu states but failing big time in Hindi belt

Actress Sophie Choudry highlighted the fact that abuse has no gender. She put up a story with the now infamous lines said by Amber Heard. 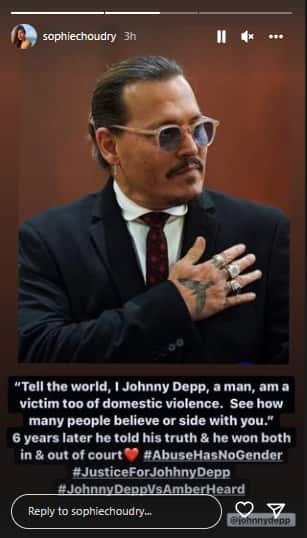 This looks like a personal win ? why ?? Because this sets a precedent stuff for the future .congrats mr depp ? pic.twitter.com/CCkx1gadm1

The #DeppvHeard verdict brings a ray of hope for all those people who suffer at the hands of LIARS hiding behind womanhood and feminism. ✌? https://t.co/oaNJQBQhy2 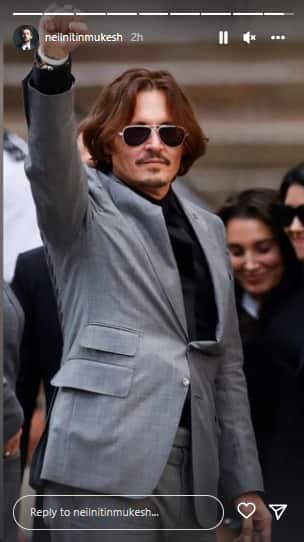 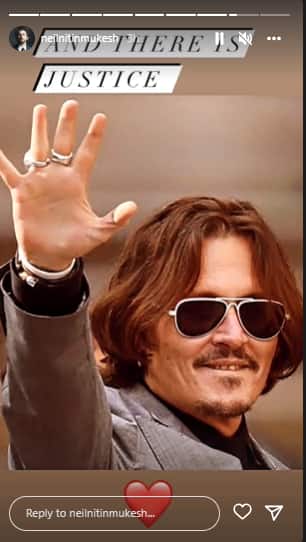 Just Imagine How Quickly this Woke Cancel Culture World deemed him Guilty #JohnnyDepp
Films & Brands dropped him without any Facts HUGE RESPECT to @Dior ?
The Justice System saved an Actor Artist & Man with the TRUTH and those Brilliant Lawyers #JohnnyDeppVsAmberHeardTrial ? pic.twitter.com/CiCyXWS4Lu

We can see that the support of Johnny Depp has been overwhelming on social media. The superstar was represented by the likes of Ben Chew, Camille Vasquez and others in court.

J-Hope drops teaser of solo album ‘Jack in the box’ after the band announces hiatus; ARMY is super excited

Johnny Depp wishes no ill upon Amber Heard after winning the defamation case; the Black Mass star is ‘happier than he has been in a long time’