They say, ‘if you accept the bouquets, you must also accept the brickbats.’ But in Taapsee Pannu‘s case, it seems like she has ended up receiving more brickbats than bouquets, be it from National Award winning actor like Kangana Ranaut or online trolls. Despite being an established actress, Taapsee has been labelled as ‘sasti’, ‘B-grade’, ‘Mard ki body’ and what not. But Maggie has shunned the trollers not just with her intelligent responses but more with her acting prowess. Also Read – Kartik Aaryan, Aishwarya Rai Bachchan, Taapsee Pannu and more Bollywood stars who were shockingly replaced from movies

Taapsee’s journey, from being an outsider to setting her foot in Bollywood, hasn’t been a cakewalk. But it surely gave her returns that were not just good in taster but sweeter as well. Being an inquisitive person, Taapsee always had a ‘never say never’ attitude that led her to explore different things in her career. And her perhaps to becoming a strong opinionated person. Also Read – Dunki: Shah Rukh Khan and Taapsee Pannu’s pics LEAKED from sets; King Khan’s look gives Jab Harry Met Sejal vibes

She made an entry into the fashion industry when she was in college and participated at Femina Miss India 2008 pageant at the age of 20. Though her stint didn’t give her enough recognition, she tried her hands in acting and it turned out to be a game-changer for her. After becoming a known face in South, she made her Bollywood debut with David Dhawan‘s Chashme Badoor. It received negative reviews but became a box-office success.

Her turning point in career came with Shoojit Sircar‘s courtroom drama Pink, in which she came out with flying colours. And since then she has never stopped. She surprised everyone with her distinct choices of roles, be it Naam Shabana or Judwaa 2, that helped her out her name on director’s wish-list. 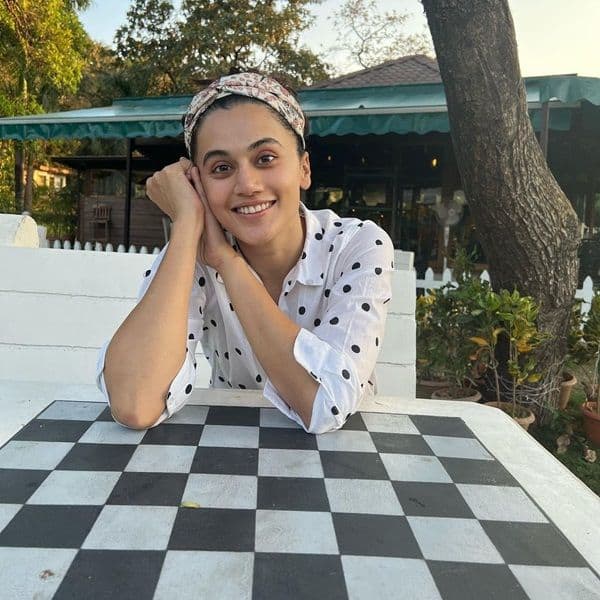 Taapsee might not be a trained actor or someone who acted before entering into films. But if you see her on the big screen beating up terrorists in a salwar kameez, speaking about virginity, sex and consent head-on, feeling of lust, or stepping into a grey zone, one would be tempted to shower her with claps and whistles watching her delivering fine performances one after another. She is currently living her dream of working with her idol Shah Rukh Khan and ace filmmaker Rajkumar Hirani in their upcoming film Dunki.

You may try to bring her down, call her names, disagree with her, love her, hate her but you just can’t ignore her. The birthday girl is here to stay and go a long way.

Jimin, Becky G and others cheer for J-Hope as he performs at Lollapalooza in Chicago; ARMY is going insane over his electrifying energy and swag [VIEW TWEETS]