Is this the beginning of the end of Rupali Ganguly show’s success stride? To drop on TRP charts?

Anupamaa is one of the most-watched TV shows in the country. It stars Rupali Ganguly, Gaurav Khanna, Sudhanshu Pandey and Madalsa Sharma in the lead. For two years now, Anupamaa has been ruling the TRP charts. The show has maintained a stride of 3.0 and 3 plus TRP ratings for many months. However, of late fans are very angry with the makers and the writing. Will it bring an end to Anupamaa’s successful ride on the TRP chart? Also Read – Khatron Ke Khiladi 12’s Aneri Vajani, Bigg Boss 15 winner Tejasswi Prakash and more stars who QUIT top TV shows for reality shows

In the latest episodes of Anupamaa, we are watching, Vanraj aka Sudhanshu Pandey having a change of heart. He has turned positive yet he spews hate for Anupamaa. He is also jealous and insecure that Anupamaa will take away the kids from him. Recently, he berated Anupamaa for not taking care of Kinjal (Nidhi Shah) because of which she had a fall and was prone to danger. Although one can see that Vanraj doesn’t want to lose his family to Anupamaa, there are fans who don’t feel that way. Also Read – When Bhool Bhulaiyaa 2 actress Tabu confessed of being single because of Ajay Devgn; ‘He threatened boys who came close to me’

Anupamaa has a loyal fanbase. For years now, through different twists and turns, fans have ardently followed the show and stayed loyal to the cast and characters. For months now, fans have been supporting and watching MaAn aka Rupali Ganguly and Gaurav Khanna‘s journey. They rejoiced when Anupamaa and Anuj got married. However, with the latest change in the track, the change in Vanraj aka Sudhanshu Pandey and Kavya aka Madalsa Sharma‘s characters, fans are mighty upset. They feel makers are now trying to whitewash Vanraj’s character. He has abused Anupamaa a lot and for a long time and hence, he cannot be changed so easily, they feel. Check out the reactions here: Also Read – Trending OTT News Today: Stanger Things 4 vol 2 spoiler, how to watch The Umbrella Academy 3, Modern Love Hyderabad release date and more 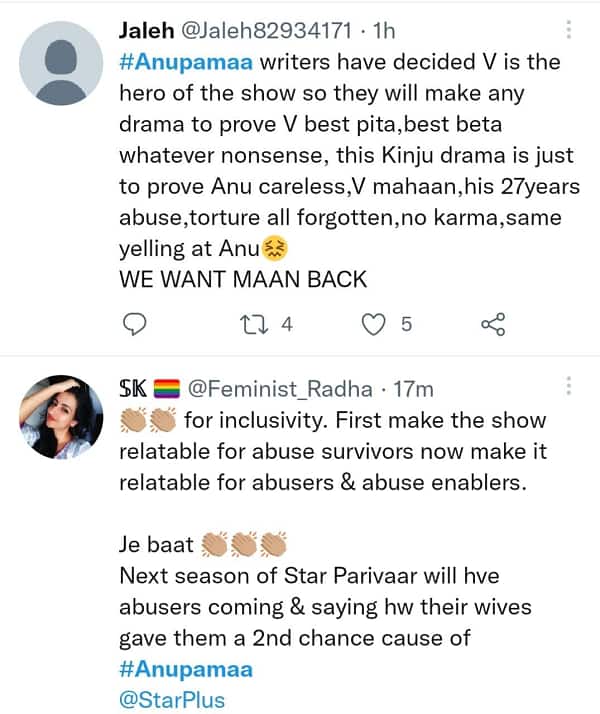 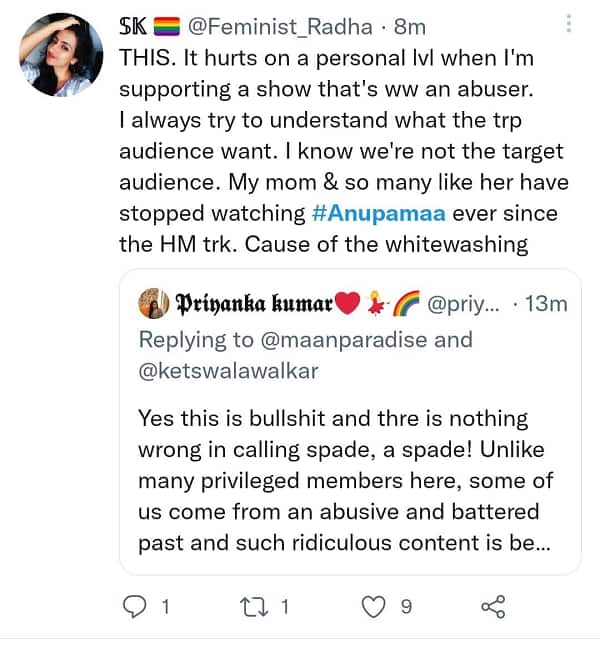 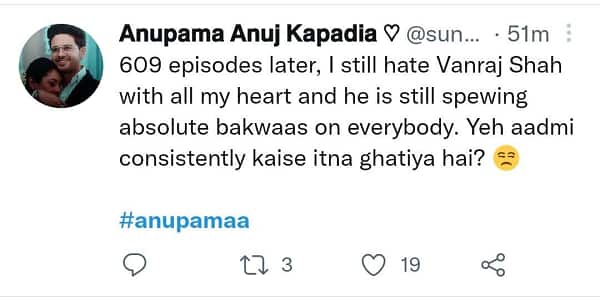 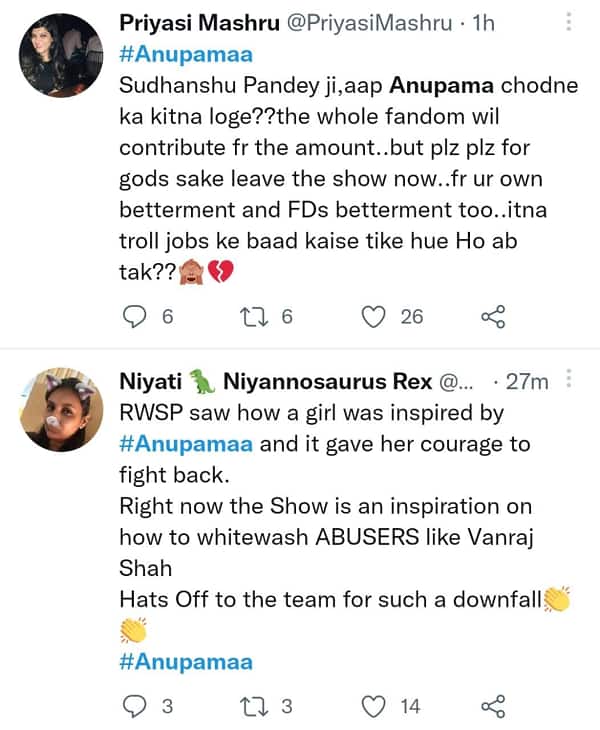 Fans are very persuasive and might lose interest if they don’t like the track or any drastic change. It seems like this is one of the things they don’t wanna watch.

In the upcoming episode of Anupamaa, we will see Pakhi wanting to marry Adhik. Barkha and Adhik have a plan of their own. Anupamaa has already noticed the same. As per the buzz, Pakhi will be adamant about marrying Adhik. Vanraj will be reminded of his past mistake of seeing Pakhi falling in love with a Casanova like Adhik. While he will try to make Pakhi understand, the latter would refuse to hear against it. Anupamaa will also try to reason with Pakhi, but she will fail as well. Later, Anu will seek comfort in Choti Anu.