Karan Johar AVOIDS an awkward encounter with Kartik Aaryan, thanks to Varun Dhawan


Karan Johar AVOIDS an awkward encounter with Kartik Aaryan, thanks to Varun Dhawan


Karan Johar AVOIDS an awkward encounter with Kartik Aaryan, thanks to Varun Dhawan. The JugJugg Jeeyo brings both the rivals together on stage, don’t miss what happened next! 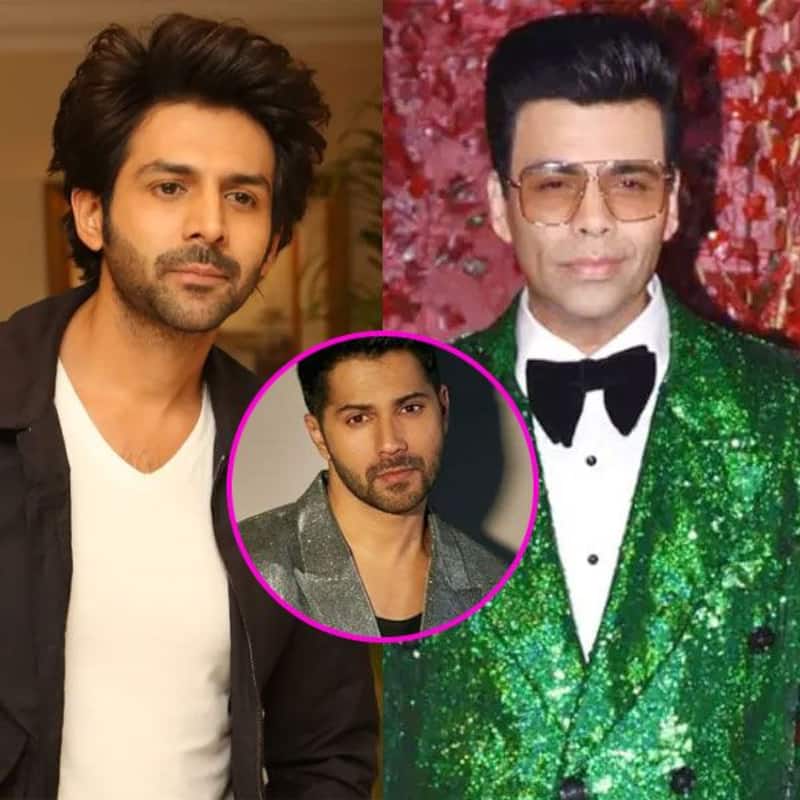 Now we didn’t see this happening so soon! But all thanks to Varun Dhawan who managed to bring the foes Karan Johar and Kartik Aaryan together on a stage. He made them dance to his upcoming film JugJugg Jeeyo’s song Nach Punjaaban and boy they did it only for our beloved and Bollywood’s heartthrob VD! In the video, you can clearly see how Varun Dhawan pulled Kartik Aaryan onto the stage who was a little bit hesitant to be a part of the group due to obvious reasons. Later, he owned the stage and bonded extremely well with Bollywood’s youngest actor Anil Kapoor as he refuses to age.

Karan Johar AVOIDS an awkward encounter with Kartik Aaryan, thanks to Varun Dhawan

Karan Johar was the last one to step on stage and kept himself away from getting into an awkward situation of facing Kartik. Well, they both maintained a dignified distance and took a part in Varun Dhawan’s activity.
Once upon a time Kartik Aaryan and Karan Johar bonded well. In fact, Kartik had made his appearance on Karan Johar’s chat show Koffee With Karan along with Kriti Sanon where he had bought some sweets for the filmmaker made by his mom. Kriti even took a sly dig at him for buttering KJo. Later, Kartik was supposed to star in KJo’s production venture Dostana 2 along with Janhvi Kapoor. However, things turned out bitter and the reason best known to the actor and the filmmaker, Kartik opted out of the film.
Till date, the makers are finding his replacement. Kartik is enjoying the stupendous success of his latest release Bhool Bhulaiyaa 2 and is now awaiting the release of Shehzaada along with Kriti Sanon. We just hope one day the actor and the filmmaker mend their walls and do a film together. What say?

Also Read – Virata Parvam movie review: Sai Pallavi shines on screen as Vennela; this Venu Udugula directorial is worth all the wait