Kareena Kapoor Khan was spotted outside her house wearing a beautiful Indian attire and making her way to the car. When she was heading towards her car she was seen talking to her house help by raising finger and this gesture of Bebo didn’t go down well with the netizens. They are trolling her and calling her attitude snobbish. Well, Bebo who gets spotted almost every day with a cup of coffee was even picked for the same and asked if she can’t use the reusable cups and why she needs to flaunt the new cup every day. We wonder how Bebo deals with so much negativity for her. Take a look at how Kareena Kapoor is getting massively trolled for no reason; a few claim that one day she will become Jaya Bachchan. Meanwhile, her fans are going gaga over her beauty and the wonderful white dress. Also Read – Ardh movie review: Rajpal Yadav and Rubina Dilaik starrer impresses; actress’ fans can’t stop gushing about her fantastic performance 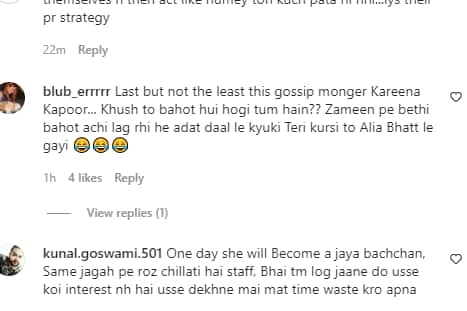 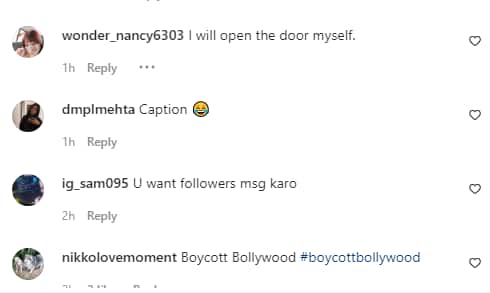 Jaya Bachchan is known for her anger towards the paparazzi as she doesn’t like the shutterbugs barging into her space and she often scolds them. Abhishek Bachchan has reportedly said in one of his interactions that the veteran actor and his mom doesn’t like the paparazzi every time and we cannot agree more as they are public figures and not public property.

On the professional front, Kareena is waiting for the release of Laal Singh Chadha which also stars Aamir Khan. She is currently shooting for Sujoy Ghosh‘s Devotion of Suspect X.

Tejasswi Prakash and Karan Kundrra is being slammed for getting intimate in a park; video goes VIRAL