Kim Kardashian had come live on Instagram a couple of hours ago as she had been touring New York City in an SUV as they launched SKKN. Kim flashed the digital hoardings flashing Skkns and it was indeed a proud moment for her. Kim was joined by her sons Saint West and Psalm West as well. Kim introduced her sons to the world of Instagram Live but it didn’t go as she would have thought. And hence, Kim had to switch from the businesswoman to a mother’s role as Saint misbehaved during the live. Also Read – Kim Kardashian’s net worth, insanely expensive things she has ever owned will leave you spell-bound

Well, you know how kids are. They are naughty and Saint seems like a naughty kid too. So when Kim Kardashian asked both Saint and Psalm to say Hi to people on Instagram, watching them, Saint said, “Hi weirdos.” Well, Kim was not going to take it, she asked him to stop it. However, Saint didn’t stop there, he added, “If you are watching this, I hate you.” Kim strongly disapproved of his behaviour and scolded him saying, “Look what you’re teaching him.” Saint quickly adds, “This is a good boy, this is a good boy,” while pointing at Psalm. The little one, on the other hand, was all smiles for the people watching live and said Hi. Watch the video here: Also Read – Trending Hollywood News Today: BTS’ Jungkook’s Namaste gesture at White House viral, Kim Kardashian-Kanye West meet up and more

A couple of days ago on Father’s Day, Kim shared pictures of Kanye West with children and thanked him for being the best dad and loving them the way he does. “Thank you for being the best dad to our babies and loving them the way you do! Happy Father’s Day Ye.” check out the snaps here: Also Read – Trending Hollywood News Today: Amber Heard TROLLED for shopping at discount store, Kylie Jenner shares glimpse of son in Father’s Day 2022 post and more 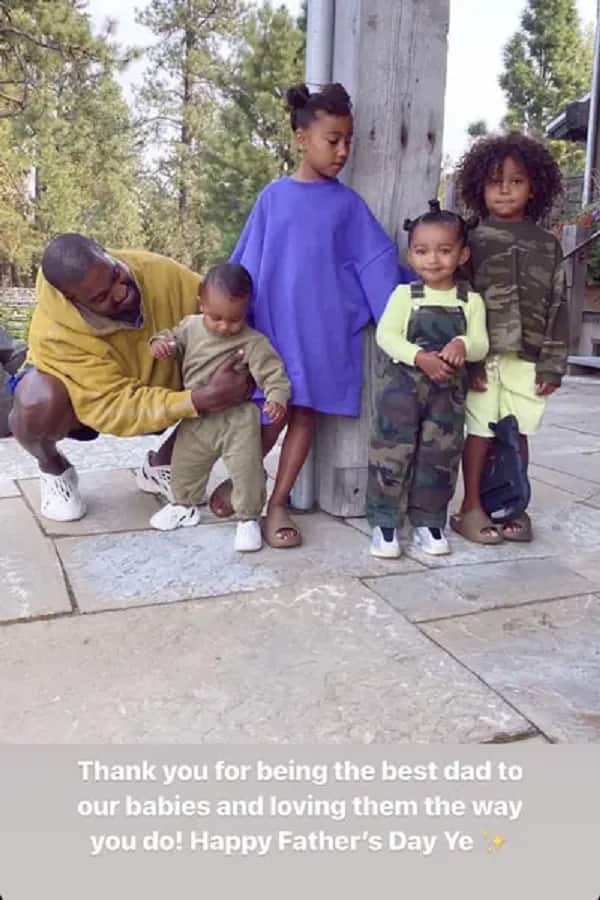 Meanwhile, Kim Kardashian is currently dating Pete Davidson. They have been sharing pictures from their beachside vacation on Instagram. Kim recently said that she waited for a good 10 months before getting into a relationship with Pete.