Malaika Arora is among the most popular faces in Bollywood. The diva is known for her fit body and killer looks. She is a regular to the gym and often gets papped outside her yoga studio. Recently, she was papped outside a gym and was surrounded by a few fans who wanted to take a picture with her. While she did take a few selfies, later, she responded to a fan asking him how many pictures he wants. This has grabbed the attention of the netizens who are trolling her for her alleged ‘rude’ behaviour. Also Read – Karan Kundrra-Tejasswi Prakash wedding: 5 times when topic of Bigg Boss 15’s couple’s marriage made it to the headlines

As she sat in her car, a fan followed asking for one more selfie. It appears that he had already taken a selfie and wanted more pictures. To this, she asked, ‘kitne photo logo’. Though a bit irritated, she soon agreed to his request and clicked a selfie with him. But netizens are talking about her attitude. A comment read, “Rude behaviour with fan.” But the question remains what does one do when they are hounded by fans for pictures? Check out the video below: Also Read – Khatron Ke Khiladi 12: Aneri Vajani aka Mukku of Anupamaa REVEALS she is acing THESE stunts but… 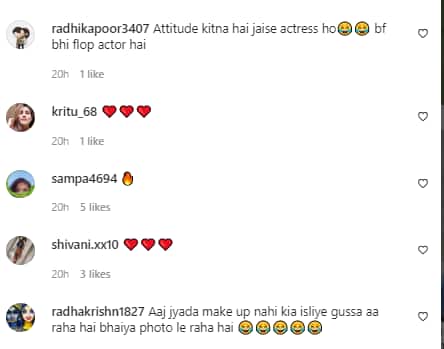 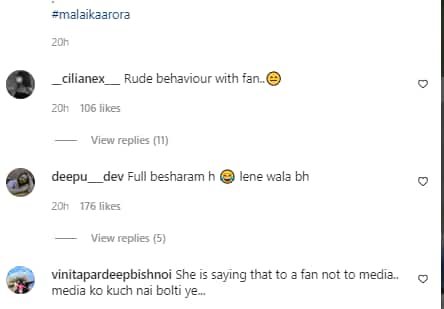 In the past, Malaika Arora has been trolled on many occassions. She revealed that her parents were also affected by the negative comments. To Pinkvilla, she had said, “My parents would keep saying, ‘beta someone said this or that’. And finally, I sat them down and said, ‘Enough! Stop reading this garbage. It is complete BS. Please do not focus your energies on this’. At the end of the day, they are parents and they hear something, they get upset. But once I sat them down, that was that. It never ever came up again.”