Priyanka Chopra massively trolled for her cosy picture with hubby Nick Jonas; netizens say; ‘she looks so ugly, why are her legs so dark’

Priyanka Chopra is right now facing a lot of nasty comments by the netizens due to her cosy picture with hubby Nick Jonas from her birthday celebration. The picture of our desi girl is going viral like a wildfire on the internet. Priyanka looks drop-dead gorgeous in a sexy plunging neckline orange dress and is posing with hubby Nick who looks uber handsome. While their fans are going gaga over their chemistry, a few netizens are shaming the White Tiger actress. Also Read – Naga Chaitanya has immense respect for ex-wife Samantha Ruth Prabhu; this is what he has to say about the constant news of their divorce

The picture has Priyanka Chopra showing off her tanned legs, and she got picked for the same. While many took a dig at the age differences between them. Netizens are getting extremely nasty here. Priyanka Chopra and Nick Jonas welcomed their first child Malti Marie Chopra Jonas via surrogacy almost a year ago. Also Read – Urfi Javed steps out wearing her most revealing outfit in yellow; gets royally trolled, people claim she will go nude one day [Views Pics] 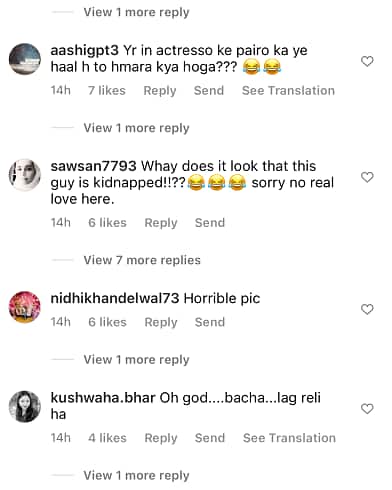 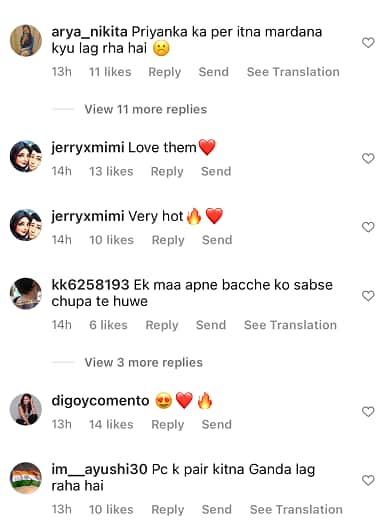 Well, this isn’t the first time the actress got trolled due to her legs, earlier she was slammed for showing her legs in her meeting with Prime Minister Narendra Modi and later she gave it back to the trolls in style. We wonder if Priyanka will have a bang-on the answer this time again. On the professional front, Priyanka Chopra is all set for her Bollywood film Jee Le Zaraa along with Alia Bhatt and Katrina Kaif, a reported actress will start shooting for the film after Alia delivers her baby.

Last month Priyanka Chopra celebrated her birthday in Chicago with her hubby Nick and her friends, the birthday celebration of the diva was everything about love and more. Priyanka often visually treats her fans with her pictures and sends on a meltdown with her chemistry with hubby Nick Jonas who is madly and deeply in love with our dei girl and vice versa.