Rakhi Sawant and beau Adil Durrani spotted in the suburbs; fans happy to see a glow on her face with her new beau [Watch Video] 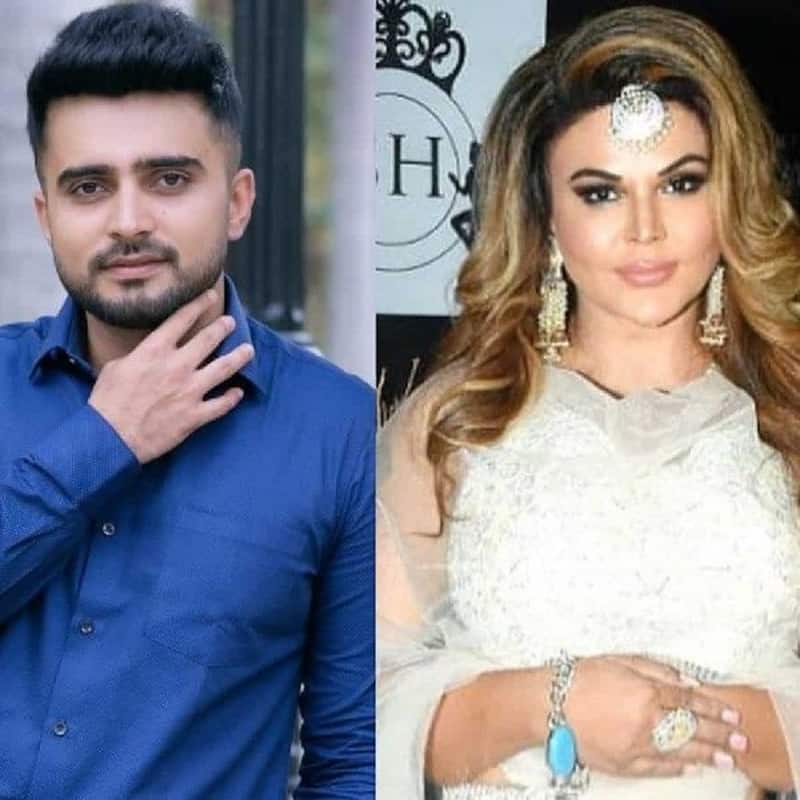 Rakhi Sawant and her new boyfriend Adil Khan Durrani are making news and how. He had also gone with her to IIFA in Abu Dhabi. The young man who is a businessman from Mysore met Rakhi Sawant via one of her friends. There is a bit of age difference but it looks like Rakhi Sawant and Adil Khan Durrani are madly in love. She has said that she has met his family. Rakhi Sawant said that her split from Ritesh Singh left her shattered. Adil Durrani has been healing her heart. Today, the couple were seen in Andheri. Fans are surprised to see how happy Rakhi Sawant and complimented her looks. Take a look at the video below… Also Read – Thor Love and Thunder FIRST Review out: Hollywood press calls Chris Hemsworth, Natalie Portman starrer ‘a rocking great time’ [View Tweets]

Rakhi Sawant seems to have a lot of weight. Her friend Sofia Hayat said she was happy to see her smile so radiantly. A fan also said that her sense of dressing had undergone a change, and she looked better fashion wise. Rakhi Sawant had said that her uber glamorous outfits were kind of a culture shock for Adil Durrani and his family. She said she would tone it down if that made them happy. Also Read – Ms Marvel: Amitabh Bachchan’s song from Don makes it to new MCU web series; here’s how Big B reacted [View Tweet]

It seems Rakhi Sawant has an issue with Ritesh who went around alleging that he spent Rs 20 lakh on the actress. She has said that it is untrue. She said that so far all the spending on their relationship has been done by her. Adil Khan Durrani has reportedly gifted her a BMW car. Ritesh is reportedly upset with her affair with Adil Durrani but she is in no mood to relent now. Also Read – Charu Asopa-Rajeev Sen, Shweta Tiwari-Abhinav Kohli, Ginni Virdi-Parminder Malhi: 7 TV couples who split when their kids were very young

Aamir Khan’s film is his lowest rated on IMDB below Mela and Dhoom 3; is this the #BoycottBollywood effect?

Will Salman Khan return as the host of the next season? Actor REVEALS