Tejasswi Prakash is Bangtan Boys’ fan, shares ‘My BTS Story’ on Yet To Come; says, ‘Their music fuels me…’


BTS: Tejasswi Prakash is Bangtan Boys’ fan, shares ‘My BTS Story’ on Yet To Come; says, ‘Their music fuels me…’


Say what! Tejasswi Prakash is also a BTS ARMY!? The Naagin 6 actress took to her YouTube to share a short of ‘My BTS story’. Tejasswi Prakash shared her story and revealed that the Bangtan Boys’ music fuels her amidst the hectic shooting schedule. 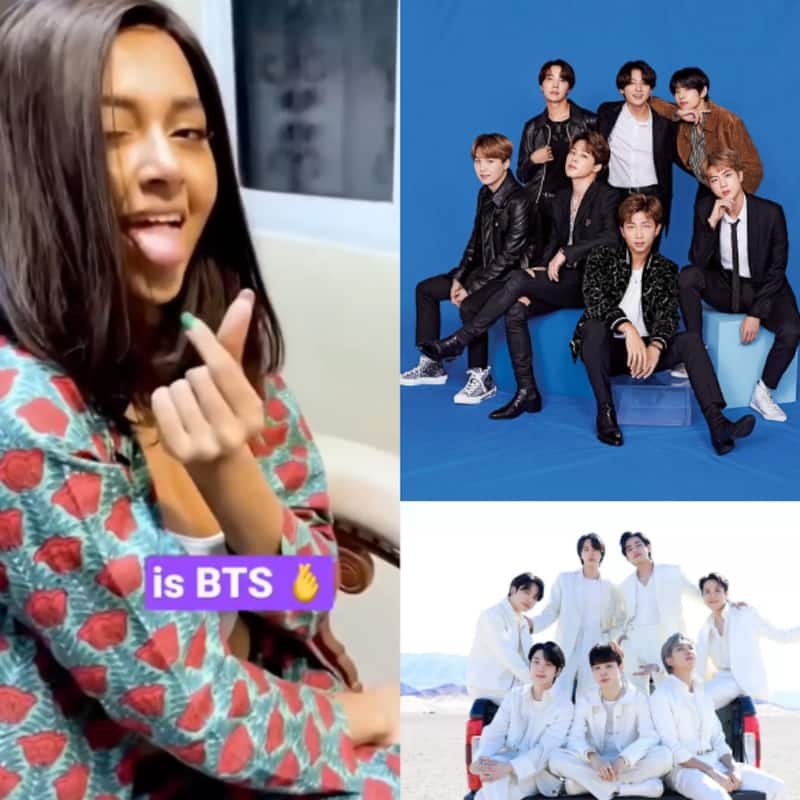 Tejasswi Prakash has turned into a BTS ARMY? Is Tejasswi Prakash a fan of BTS songs? Well, the actress’s latest short on Youtube says so. Tejasswi Prakash who is busy juggling various projects at a time along with the popular TV show Naagin 6 took to her Twitter handle to share a YouTube short narrating ‘#MyBTSStory.’ Tejasswi Prakash is seen flaunting her amazing style file in the video. Let’s check out Tejasswi Prakash’s ‘My BTS Story’ below: Also Read – Jawan MAJOR UPDATE: Shah Rukh Khan to play DOUBLE ROLE in Atlee film; Deepika Padukone, Nayanthara both set to romance SRK?

The video of Tejasswi Prakash sees her getting ready for her shot. The video reveals the reason why her shoots go ‘Smooth like Butter…’. Tejasswi Prakash also does the finger heart as the music of Yet To Come is played in the background. “Their music fuels me to put my best foot forward!” it is captioned. Tejasswi Prakash is seen sporting two looks. She is dishing out boss lady vibes in an abstract suit and a classy and sassy red dress. Check out the video here: Also Read – Shakti Arora in Kundali Bhagya, Mishal Raheja in Kumkum Bhagya and more top male stars who added spice to Ekta Kapoor’s superhit shows

Talking about BTS’ new album Proof, it is an anthology album which consists of 5 new tracks divided into three CDs. Yet To Come is their lead single. They have other new tracks such as Run BTS, For Youth, Quotation Mark and Young Love. Out of the aforementioned tracks, Yet To Come, Run BTS and For Youth have been released digitally. Quotation Mark and Young Love have been included in the CD of the BTS Proof which also includes the demo versions of popular BTS tracks. Also Read – Suriya, Ram Charan and more South stars whose Bollywood debut went unnoticed

Jin again proves to be the best cook of the K-Pop band; prepares THIS succulent shrimp toast [Watch Video]

Jin aka Kim Seokjin’s grandfather finds a mention in his cooking vlog; here’s how

BTS aka Bangtan Boys BEAT Justin Bieber, Ed Sheeran, Taylor Swift and others to be the most viewed artist on YouTube [Check TOP 7]

BTS V aka Kim Taehyung chases Wooga Squad across the ice skating rink in the final episode of In The Soop Friendcation; ARMY gush over their bond [View Tweets]