Urfi Javed aka Uorfi wears nothing but a swimsuit for her latest outing in the city; gets MASSIVELY trolled as netizens say, ‘Hadd kardi ladki ne’ [WATCH]

Urfi Javed who has renamed herself to be Uorfi Javed seems to have outdone herself this time. The Bigg Boss OTT fame has become quite popular among the masses thanks to her dressing sense. She is bold, loves to experiment and is edgy at the same time. She dares to wear what she likes even though she gets massively trolled for it. Recently, Uorfi Javed was spotted in Mumbai dressed nothing but in a swimsuit. Yes, that is true! Also Read – Divya Agarwal oozes sensuality as a modern princess in her latest photoshoot [View Pics]

Uorfi Javed gets trolled again
In a video that has made its way to the internet, Urfi Javed could be seen dressed in a green and white backless swimsuit whilst flashing her bottom. She covered it up with a net made of cloth. As she posed for the paps, she could be seen in putting up a beige coloured jacket on her shoulder. She got culture-shamed and severely trolled for her outfit. A comment on the video read, “Most third class girl i ever seen.” Another comment read, “Abtk muje achhi lagti thi but ise koi limit hi nhi rhi road pr aise kpde pehnkar nikl jati hai log event ya shows me pehnte hai.” A netizen also wrote, “Faishon ka naam hi kharab kar diya hai.” Check out the video and comments below: Also Read – Koffee With Karan 7: Kartik Aaryan makes it to Karan Johar’s show after taking an indirect jibe at the filmmaker but here’s the twist 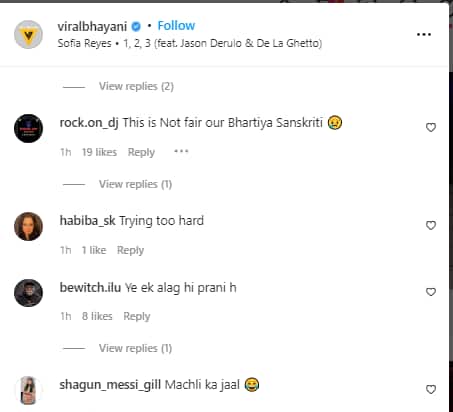 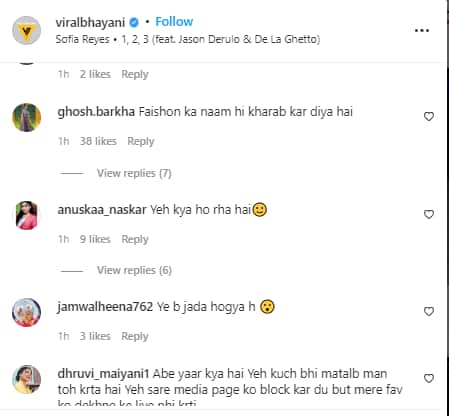 Urfi Javed on being compared to Ranveer Singh
It was recently that Uorfi Javed had penned a length note talking about having her share of criticism as netizens compared Ranveer Singh to her over his nude pictures for Paper Magazine. She wrote, “People can support Ranveer without bringing me in between, also everyone who is forgetting here, I’ve been trolled mercilessly, Slut shamed, given rape threats, death threats for everything and anything. Everyone stop acting like the world has been nice to me, I’ve endured my part of abuses, trolling and what not. If a stupid Ngo decides to file a case against Ranveer, why y’all taking it out on me? This again shows the hypocrisy. Sick my ****.”